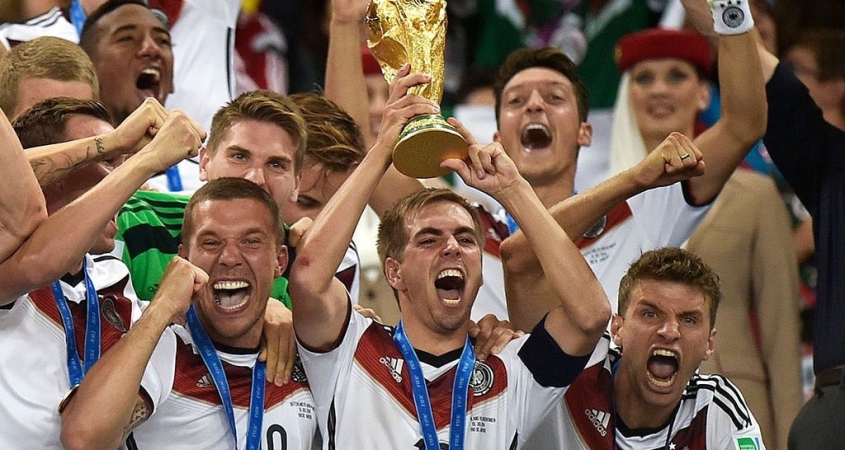 Matthäus, who was named 1991 FIFA World Player of the Year, is confident Germany will lift the most coveted prize in world soccer for the second consecutive tournament after winning the 2014 World Cup in Brazil.

“Germany always has the team and the players who can win the World Cup,” says Matthäus, the nation’s most capped player. “We will be focused. I know the coach (Joachim Löw), I know the players, and we are ready for the World Cup, but there will be a lot of competition.”

Despite having the historical odds against them, Germany remain the favorites to reign supreme again this summer and they have the backing of soccer stars in their corner as well. Former Chelsea midfielder Michael Essien has played against many of Die Mannschaft’s stars either at club level or internationally while representing Ghana. Essien has represented his country at three Africa Cup of Nations and two World Cups.

“They always rise to the occasion and they have some good players,” Essien says. “I expect them to win it, but it won’t be easy. It’s very tough to repeat.”

Headlined by Thomas Müller, Mesut Özil, Toni Kroos, and Leroy Sané, Germany face stiff competition from perennial powers Brazil, France, Argentina, and Spain. Belgium are also expected to be top contenders at this summer’s tournament—that is without the United States, Italy, the Netherlands, and Chile, all of whom failed to qualify.

While former AC Milan and Italy legend Paolo Maldini can’t cheer on his beloved Azzurri—he represented Italy 126 times over 14 years, including at four World Cups—Maldini expects one of the typical soccer powerhouses to come out victorious.

“I really don’t know who will win,” Maldini says. “When you have Brazil, Germany, Argentina, France, and Spain, one of them for sure. But because Italy isn’t there, I’d love for a team like Belgium or a South American team like Colombia to win the World Cup.”