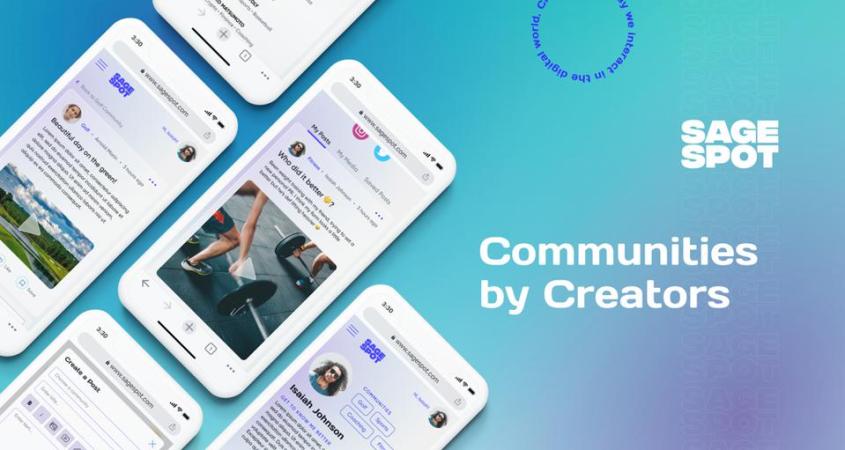 Torrie Wilson has been in the public eye for more than two decades despite growing up extremely shy as a teenager. Wilson won the Miss Galaxy pageant in 1998 before leveraging her interest, knowledge and lifestyle in fitness into a professional wrestling career.

She was a regular in WCW and WWF/WWE through 2008, and has made sporadic appearances since, including most recently at the 2021 Royal Rumble in January.

But being in the public eye, especially on social media, isn’t picture perfect. The fitness expert, entrepreneur and CEO of FitTensity has not only had to deal with trolls and negativity, but ever-changing algorithms making it harder for creators to generate revenue from their content.

In an effort to empower content creators while encouraging more authentic engagement with followers, Wilson invested in next-gen creator platform SageSpot, which today announced a $3 million seed round led by Khosla Ventures with additional investment from high-profile athletes including Tom Brady, Rory McIlroy and Larry Fitzgerald.

“I think it’s going to be a great way to filter out the people who like to pop by and spew negativity or who don’t add to the conversation,” Wilson says. “It’s a great way to share things that really matter to you and feel like it’s being seen and being appreciated. The issue I’ve had with some of the other platforms is you spend all this time creating content and if it doesn’t fit what Instagram or Facebook thinks your viewers should see, then it doesn’t really get seen.

“It’s invigorating to know we can start creating content that’s actually going to be seen and having those conversations that are a little deeper and more authentic with the people who jump on board.”

Founded in 2020 by CJ Dunne, SageSpot transforms passionate social media followers into paid subscribers who form a dedicated community to consume a creator’s high-quality content while interacting with like-minded individuals.

Each content creator sets his/her monthly or annual price for subscribers, beginning as low as $1. Creators can also accept a la carte transactions from subscribers for personalized messages and shoutouts or content visible only to the individual subscriber; for example a golf instructor reviewing a subscriber’s swing and technique.

In July, Facebook, which is in the process of rebranding as Meta, reported Q2 advertising revenue of $28.6 billion (up 56%), while YouTube reported it generated $7.205 billion in ad revenue in Q3 (an annual increase of 43%).

Facebook is doing its best to try to lure some of the 50 million content creators around the world from rival platforms including Apple, YouTube, TikTok and Twitch. Snapchat began paying creators up to $1 million a day to post on its platform beginning in November 2020, and is rolling out more ways for creators to make money, including via tips. Twitter introduced “Tips” in September, allowing users to support their favorite creators and accounts via Cash App, Venmo and even crypto.

Facebook CEO Mark Zuckerberg said in June that Facebook plans to not take a cut of revenue from creators who make money on its platforms until 2023. In a social media post he wrote: “When we do introduce a revenue share, it will be less than the 30% that Apple and others take,” though he did not clarify what the exact percentage would be.

“I’m super excited to bring SageSpot to a lot of my friends that I know are creators or are in the WWE,” says Wilson, who was inducted into the WWE Hall of Fame in 2019. “Some of them struggle with social media and the negativity, and it takes a special human to block all of that out. I’m really excited to bring something to people who are affected by that negativity and can create a safe space to be themselves.”

Wilson has utilized social media to share health and fitness tips and workouts as well as life lessons. While she hasn’t fully ruled out a return to the squared circle, it doesn’t appear to be in the cards anytime soon for the 46 year old, though if the timing and opportunity is right, she may be open to it.

She said if she did return for a farewell/final match, she would love for it to be against current SmackDown Women’s Champion Charlotte Flair.

“Every time I go there I say, ‘I think I’m good for a while,’ then low and behold they call you up and you’re like, ‘OK, this sounds exciting,’ and it’s like a family reunion,” Wilson says. “I probably speak for a lot of retired wrestlers who go through the same thing. I think I’m good for now, but when Vince (McMahon) calls, you never know.”