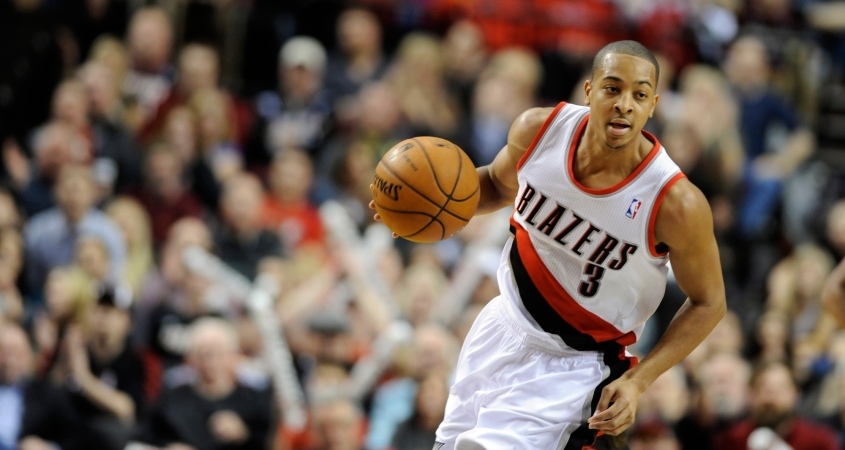 C.J. McCollum grimaced as he sat on the away team bench at Stuart C. Siegel Center in Richmond, Va.

His face was a look of anger, disappointment and frustration.

The then-Lehigh University senior guard, who was leading the nation in scoring, had one white Nike high-top shoe on, but his left foot and ankle were tightly wrapped with athletic tape.

Following the 59-55 loss to Virginia Commonwealth University, the Mountain Hawks confirmed McCollum, who would end his career as the Patriot League’s all-time leading scorer, had broken his left foot.

McCollum did not return for the remainder of his senior season; a harsh and disappointing ending to one of the most prominent careers at the school and in the league.

Three years later, McCollum, 24, is having his best season with the Portland Trail Blazers after overcoming a pair of foot injuries and a broken finger earlier in his career.

“It’s been different,” McCollum told the Morning Call. “But I’ve got to produce. That comes with the territory.”

Following a slew of offseason moves by Portland (18-25), McCollum had to increase his role. His 35.3 minutes per game is more than double his career-high of 15.7 set during the 2014-15 season. He started three games that year; he has started every game this season.

McCollum has also benefitted from pairing in the backcourt with fellow mid-major guard Damian Lillard (24.7 ppg).

“I knew [McCollum] was a talented scorer,” Portland coach Terry Stotts told the Morning Call. “I also thought he and Damian would complement each other well. The league has gone to more and more ballhandlers and playmakers. Now we’ve got two out there who can pass, shoot and make everyone out there better.”

Portland wraps up a three-game Eastern Conference road trip at the Washington Wizards on Monday. Tipoff is 2 p.m. ET from Verizon Center.