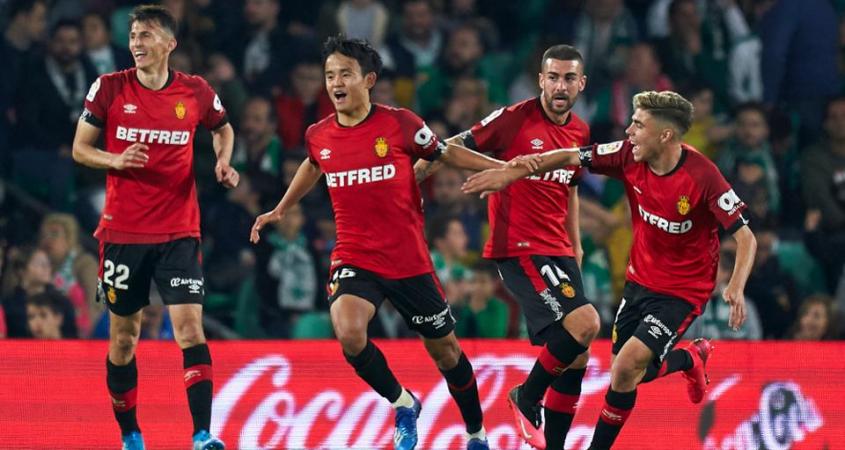 RCD Mallorca might be a minnow among the legends of La Liga, but the island-based club is trying to make a name for itself in the Spanish soccer scene as it’s risen from the depths of the lower leagues to the top tier.

Facing some of the biggest debt in Spanish soccer, RCD Mallorca filed for bankruptcy in 2010. Four different owners tried to salvage the team without much success. It wasn’t until Phoenix Suns owners Robert Sarver and Andy Kohlberg along with NBA Hall of Famer Steve Nash and former USMNT players Stu Holden and Kyle Martino led a consortium called Liga ACQ Legacy Partners to purchase the majority stake for approximately €21 million in January 2016 that RCD Mallorca’s future seemed promising.

But success wouldn’t come overnight. In 2017, the club was relegated to Segunda Division B—the third tier in Spanish soccer—after 36 years between the top two flights. While most would reach for the panic button, relegation proved to be a blessing in disguise.

“Relegation was actually a salvation because it allowed us to make drastic decisions which were obvious and much needed,” former RCD Mallorca CEO Maheta Molango said. “It was a rollercoaster, but a fantastic adventure.”

Molango, who was appointed CEO shortly after Sarver and Co’s purchase, inherited a club in very poor financial shape—there was a €10 million budget but RCD Mallorca was operating with €8 million in losses.

“That’s how poorly managed the club was,” he said.

Stability proved to be one of the biggest keys to RCD Mallorca’s dramatic turnaround. The club was led by nine different managers between June 2013 and June 2017 before Vicente Moreno was hired on June 20, 2017. Moreno’s men bought into a dream and began their arduous climb—being promoted in back-to-back seasons, reaching LaLiga for the 2019/20 campaign; the club’s first in the top division since 2012/13.

While the team was finding success on the field, RCD Mallorca was also thriving off it. International revenue increased from €1.35 million in 2014/15 to €3.41 million in 2018/19. Sponsorships doubled during that time period with major partners including PayPal, LG, Coca-Cola and Umbro.

Leveraging its North American ownership and their successes, particularly in the NBA with the Suns, has paid dividends.

“We focused on merging the two worlds and knowledge banks of the two clubs,” Nash said recently at a LaLiga North America event. “The most important thing if you want to grow your brand is to stay up.”

While the club boasts its devoted set of local supporters—an increase of 29% in season ticket holders since 2016 has raised attendance by 31%—the front office is also realistic in understanding the Balearic Islands are a popular tourist destination. A record 13.8 million tourists visited the islands in 2018, massively dwarfing the four islands’ combined population of approximately 1.2 million.

“We acknowledged not everyone coming to the stadium isn’t a diehard fan of RCD Mallorca, but they’re looking for an unforgettable experience,” Molango said. “What we wanted to learn from fans and the U.S. sports landscape is how could we turn this into more than just sports and turn it more into entertainment?”

Similarly to courtside seats at an NBA game, RCD Mallorca created a VIP corner for unique viewing experiences for fans. The club tested it with a capacity for 20 people while in Segunda B, but has since increased capacity to 85 people.

The club features a tunnel experience where fans can enjoy VIP hospitality offerings as players enter and exit the field. Some fans even have the ability to sit in on post-match press conferences via another hospitality experience offering unprecedented access.

“We believe in the power of experience,” Molango said.

Whether or not the club gets relegated this season—RCD Mallorca is currently in 18th place in the LaLiga standings—Molango, who was relieved of his duties in February 2020, said it will boast a profit of €18 million (excluding player transfers) with a budget between €50-60 million.

Receiving a piece of the lucrative LaLiga TV broadcast deal—which was €1.42 billion for the 2018/19 season and is expected to exceed €2 billion for 2019/20—allows the club to have greater spending power, which thus in turn gives it a more viable chance to become a sustainable fixture in LaLiga.

“Our goal is to one day become a team like Villarreal—a stable, sustainable, serious club which relies seriously on its academy and plays in Europe on a regular basis,” Molango said. “This takes multiple years of staying in LaLiga.”